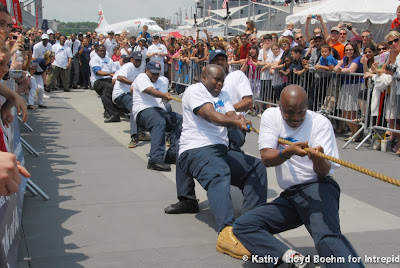 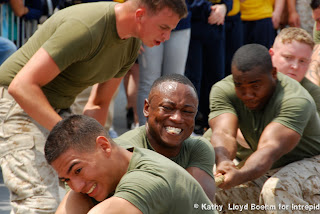 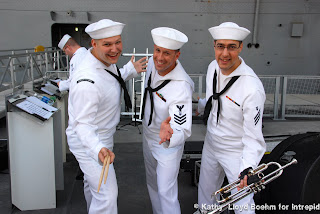 Fleet Week celebrations continued today with musical and theatrical performances as well as a very competitive tug of war between Intrepid crew members, FDNY, the Marines, and the Navy.  FDNY took the trophy.  Click here for story and more photos.
******************** 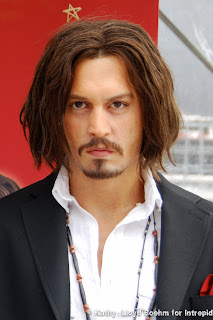 Among the many wonderful booths set up on the Pier at Intrepid was one for Madame Tussaud’s Wax Museum who decided that, because of his fame in "Pirates of the Caribbean", it would be appropriate to bring the Johnny Depp figure back to a ship.  I thought that was a very creative idea!  He was amazingly lifelike and the wax skin reflected the light just like the real thing.  I photographed him in the shade of a clear vinyl booth. 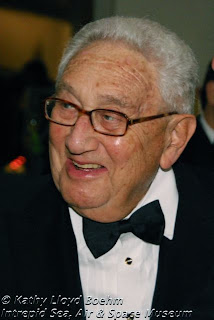 Tonight we volunteered at the Gala at the Intrepid, where General David H. Petraeus was presented with the “Salute to Freedom” award by Dr. Henry Kissinger who was celebrating his 87th birthday with his beautiful wife, Nancy.  The 11 ship and airplane models which I photographed (see post of May 21) sold at auction for a very generous total of $70,400 which will be used toward the Intrepid’s Exhibits.
Posted by Kathy Lloyd Boehm ... at 8:23 PM