March was Women's History Month at the Intrepid Sea, Air & Space Museum.
"Salute to Women will honor the women who have served our nation – both in and out of military uniform – with a series of events designed to honor, educate and inspire the next generation of female leaders.

"Intrepid’s Salute to Women will kick off with the March 1st opening of a new exhibit: Inspiration & Industry: American Women on the Home Front, an exhibition of WWI and WWII-era posters that showcases women’s roles in wartime efforts."

Here are a few of the many posters I photographed for Intrepid back in July, in preparation for the exhibit. 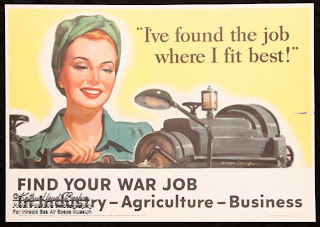 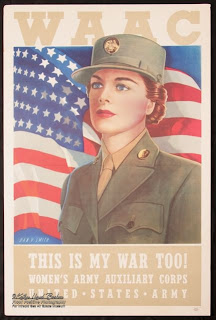 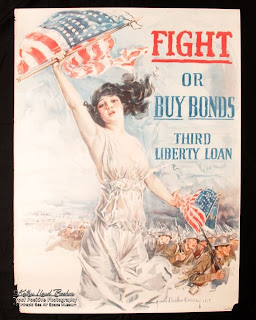 Click here for more on Intrepid's salute to women.
Posted by Kathy Lloyd Boehm ... at 5:40 PM