By Saturday morning, Friday's rains were just a memory.  Out in full force were families from all across Wyckoff, wearing the running shoes and queuing up for the Annual Family Fun 5K Walk/Run to benefit the Wyckoff Education Foundation.  The WEF was created in 1990 in response to declining government funding of schools. WEF President Robert Bayer said that, "the funds from last year's event enabled the organization to purchase over 200 iPads, related applications, and sponsor educational programs across the district."

For more on the organization, and a few more of my photos, please visit the Wyckoff Patch.com website.

Here are some moments from the day: (Click on any photo to enlarge) 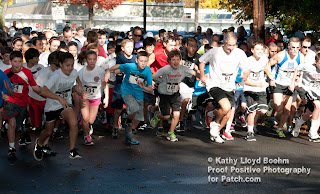 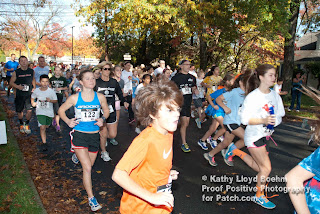 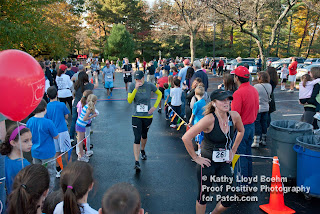 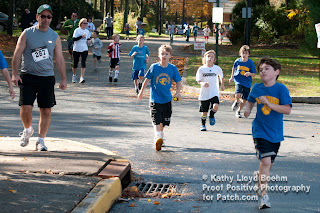 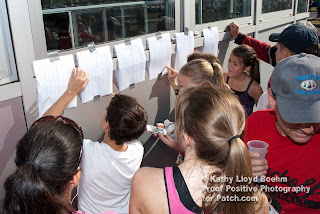 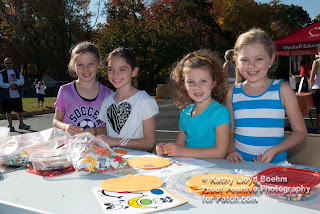 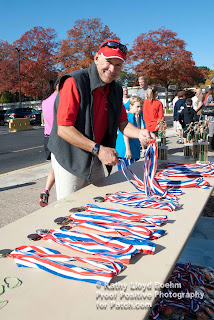 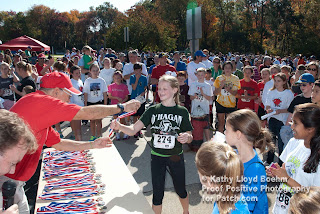 To view my website, click here .. and to become a fan of my FaceBook page, please visit here.  Thank you!
Posted by Kathy Lloyd Boehm ... at 3:07 PM No comments:

Heavy rain dominated the weather today which was very fitting for the dedication of the America's Response monument at its new home outdoors at the foot of the Freedom Tower at the side of the World Trade Center.  The statue, created by sculptor Dowe Blumberg, is an homage to the brave U.S. Special Forces units who rode into the rugged mountains of Afghanistan on horseback in search of the Taliban, shortly after 9/11.

Bill White, President and CEO of Constellations Group, served as master of ceremonies with members of the U.S. Special Forces Unit, NY Police and Fire in attendance.
Here are some of the images of the day .. (Click on any photo to enlarge). 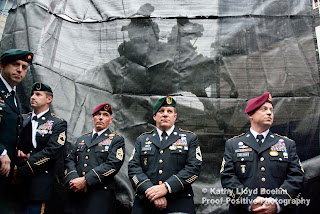 Members of the elite Special Forces Unit in front of the drape prior to the unveiling of the Monument. 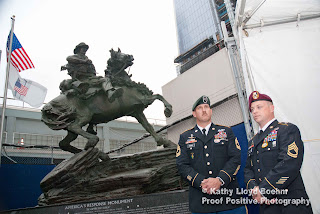 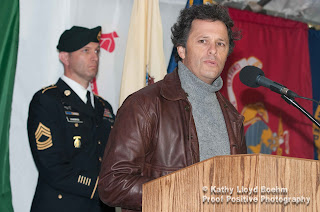 Sculptor Dowe Blumberg talking about his inspiration for the statue, saying he was "humbled to use" his "God-given talent" to create this lasting memorial. 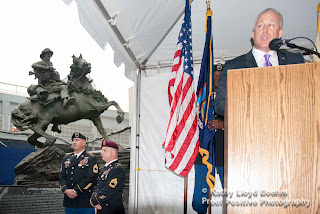 Constellations Group President Bill White at the podium, a long-time supporter of our Troops. 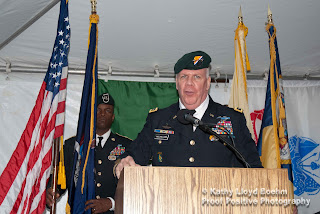 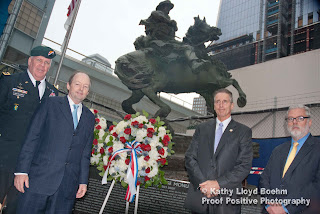 One of three wreaths which were placed at the foot of the statue during the dedication ceremony. 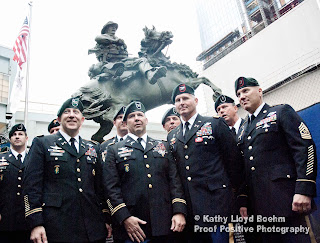 The Special Forces pose in front of their statue, placed in the center of walkways where thousands of workers pass each day.

For more about the sculptor and the process of creating this sculpture, please click here to see YouTube video ..   And for the Wikipedia entry with more info .. Click here.
To view my website, click here .. and to become a fan of my FaceBook page, please visit here.  Thank you!
Posted by Kathy Lloyd Boehm ... at 12:08 AM No comments: