This week marked the end of a 9-month hiatus for the Space Shuttle Enterprise.  Hurricane Sandy toppled the original housing of the Pavilion in October, 2012.  Tuesday afternoon, I was granted admission to the Pavilion to photograph the new exhibits and the Shuttle itself.  Wednesday, I returned to capture the Opening Ceremonies.  Here are some of the images.  (Click on any image for a closer look). 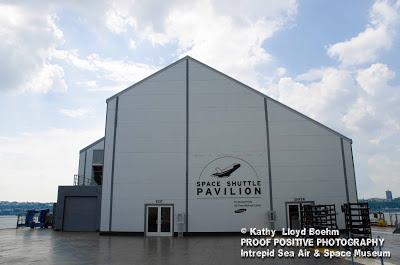 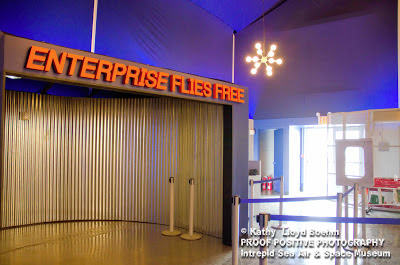 Exhibit cases are located throughout the Pavilion, directly under the Space Shuttle Enterprise which is mounted 10' from the floor. 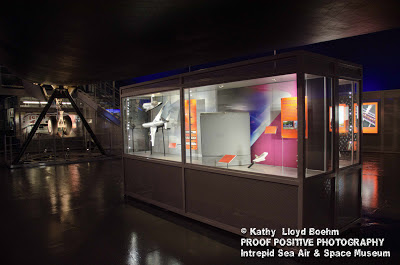 HDR rendition of the Russian Soyuz Space Capsule which was loaned to Intrepid by Greg Olsen, one of America's first space travelers. 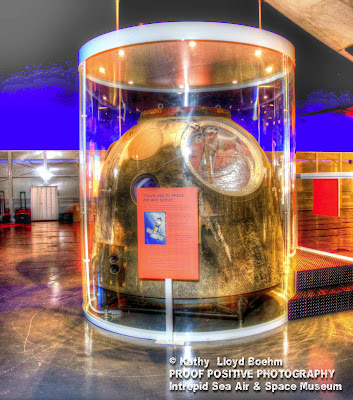 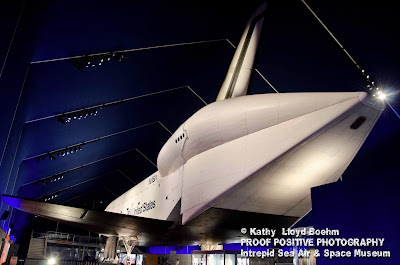 Composite photo view  of the Space Shuttle from the observation deck.

The "nose" of the Shuttle Enterprise. 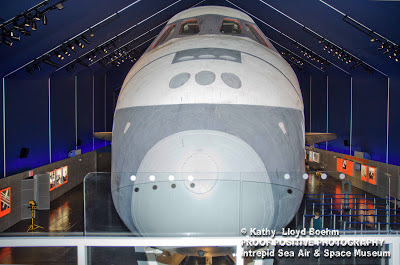 Representing Intrepid, Board Chair Bruce Mosler (left) and Intrepid President Marenoff-Zausner (right) accepting the proclamation of the Intrepid as a National Historic Site. 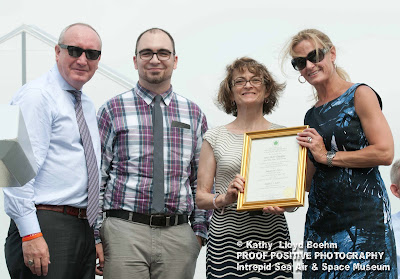 Its official!  The new Space Shuttle Pavilion is now open. 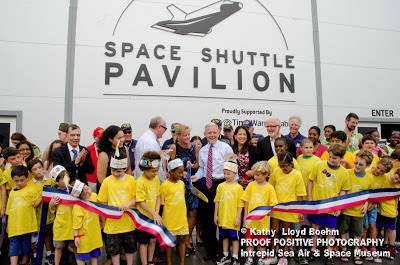 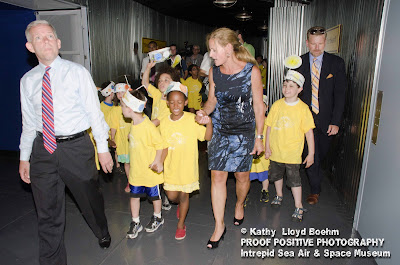