Christmas tree lights making their way up to the tree.  First year in the front window.  Looking good! 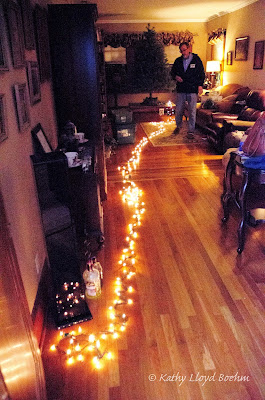 Saturday, December 7th marked the 72nd anniversary of the attack on Pearl Harbor.  Intrepid, as always, presented a wonderful program to honor and recognize the four Pearl Harbor Survivors in attendance at the event.  It was held at the end of Intrepid's pier, under the wings of the Concorde on this blustery morning.  Here are some of the images from the Remembrance.  (Click on any photo to enlarge) 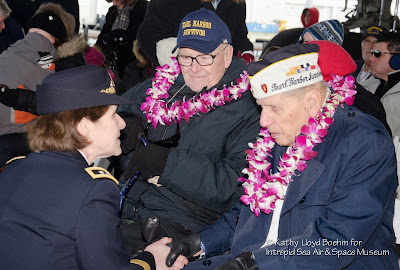 Major General Margaret W. Boor visiting with two of the Pearl Harbor survivors before the program was underway. 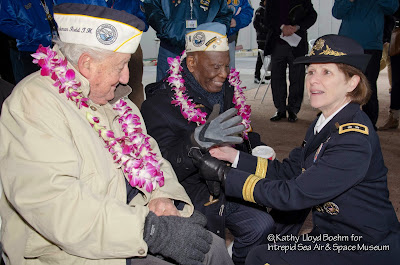 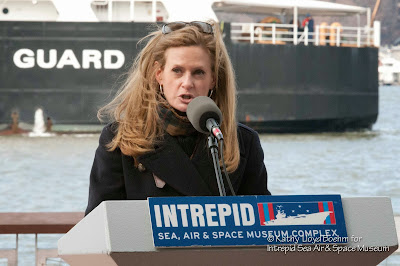 Intrepid Former Crewmembers saluting during the Pledge of Allegiance. 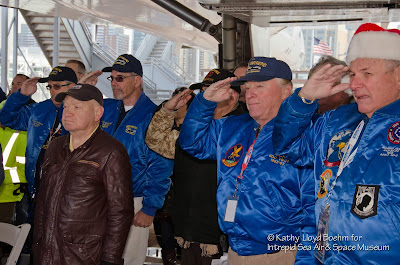 The four local survivors of Pearl Harbor stood and saluted the presentation of the Colors. 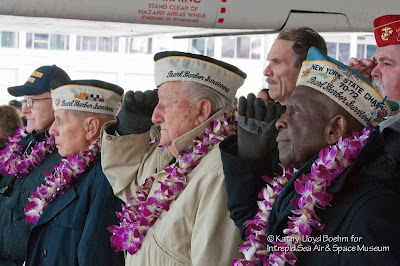 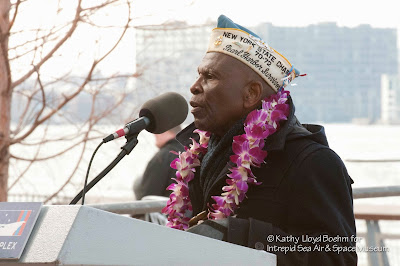 The Remembrance was open to the public and was well attended. 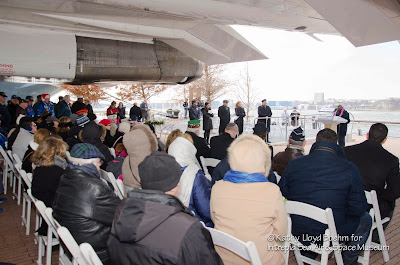 As a sign of respect for those lost, the survivors and others gathered at the end of the pier to toss a wreath into the Hudson. 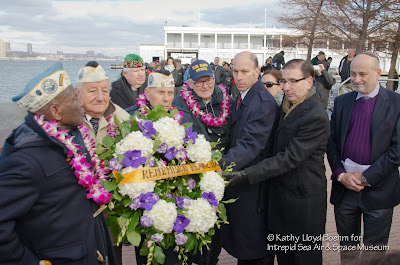 Following the Ceremony, two former Intrepid crew members had a surprise reunion .. An avenger pilot (seated) met up with one of the sailors, Ray Stone.  Both were on deck at the time of one of the Kamikaze attacks. 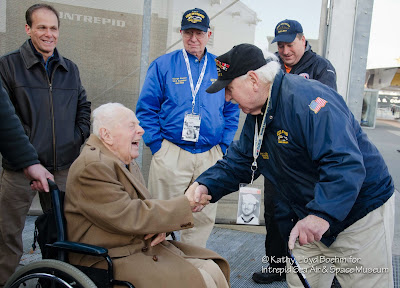 To view my photography website (including a full gallery of events aboard Intrepid), click here .. and to become a fan of my FaceBook photography page, please visit here.  Thank you!

It's early December, the air is getting colder, and the Winter Birds are starting to arrive.  Yesterday we had our first pairs of Chickadees and Tufted Titmice, as well as a female Downy Woodpecker.  These pictured below arrived within ten minutes of each other.  Earlier in the week we spotted White Throated Sparrows and Dark Eyed Juncos.  Shot with Nikon D7000 and 70-200MM Nikkor lens. 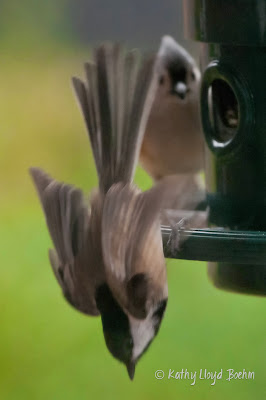 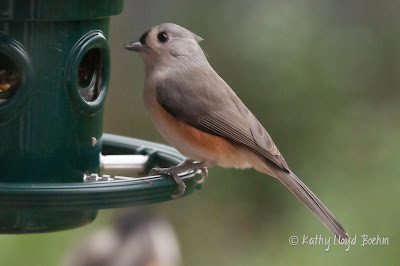 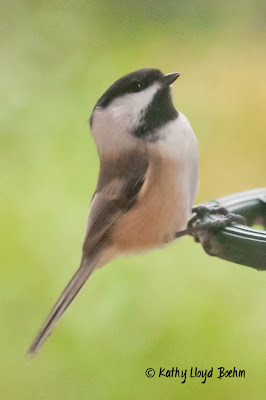 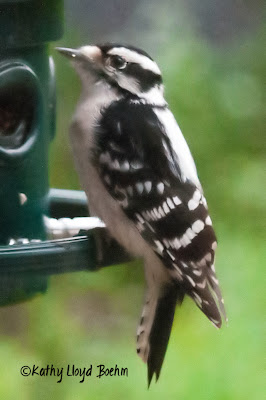