This past Tuesday evening, I had the pleasure of photographing the "Future of Space" event at the Intrepid Sea, Air & Space Museum in NYC.  The event featured a Panel Discussion moderated by Ira Flatow, the host of public radio's Science Friday program.  Participating in the discussion were NASA astronaut Mike Massimino; Bobak Ferdowsi, an engineer at NASA’s Jet Propulsion Laboratory (JPL); and Will Pomerantz, VP of special projects at Virgin Galactic.  Here are some of my photos.

The Lutnick Theater aboard the Intrepid was filled with space enthusiasts for this special event.  Below, the view from the front row. 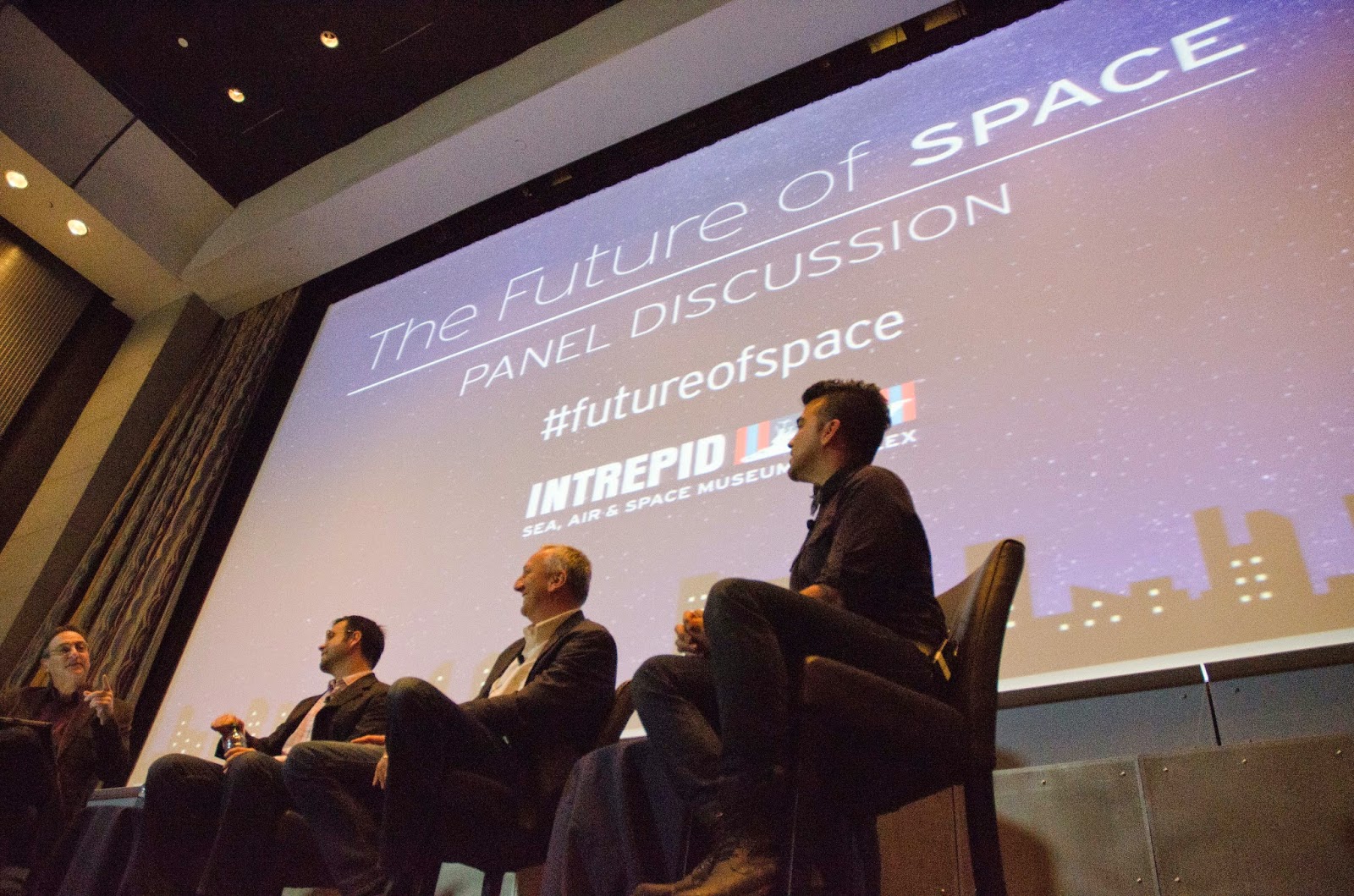 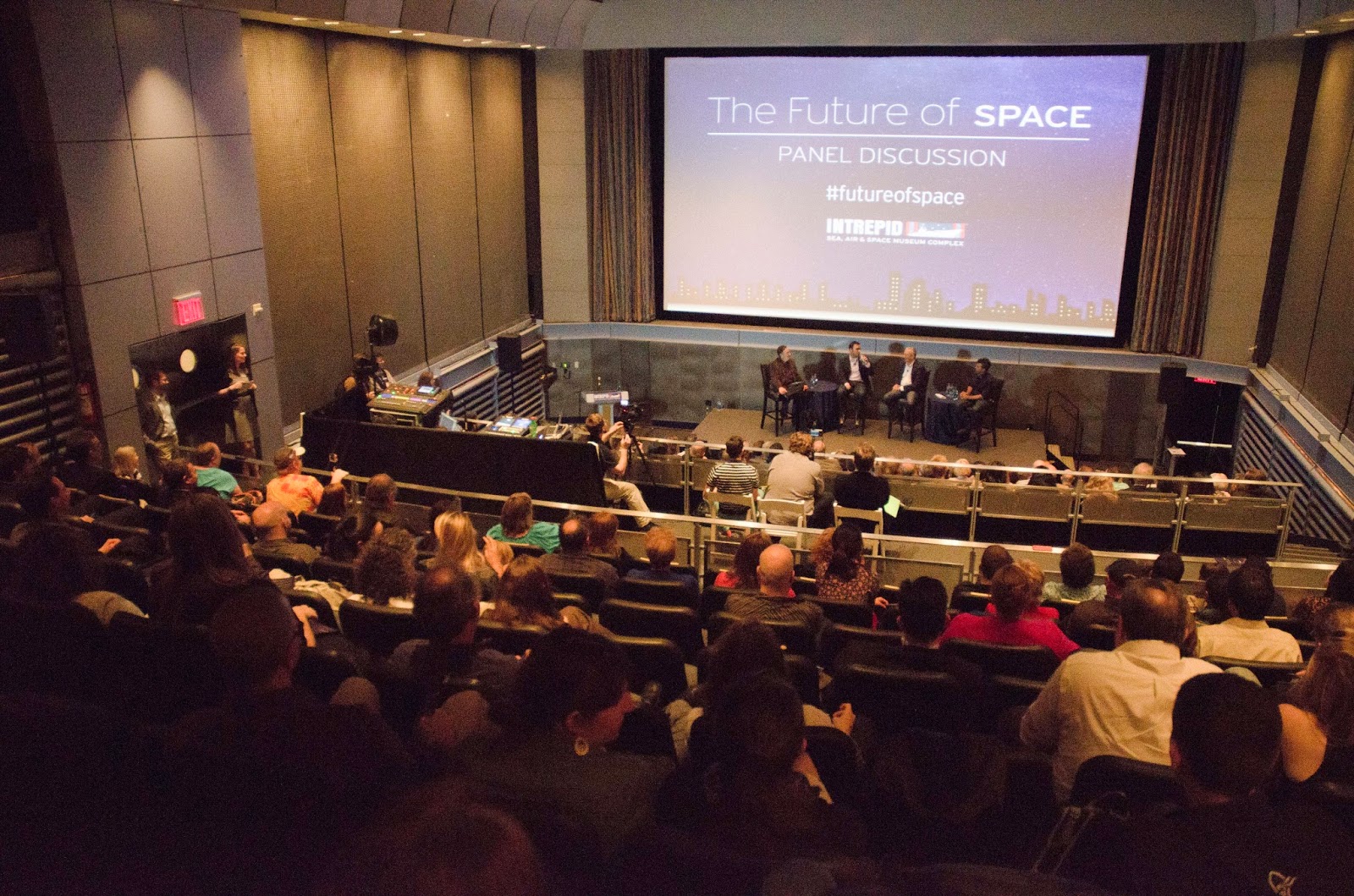 At the conclusion of the program, audience members wrote their questions on cards which were read by moderator Ira Flatow. 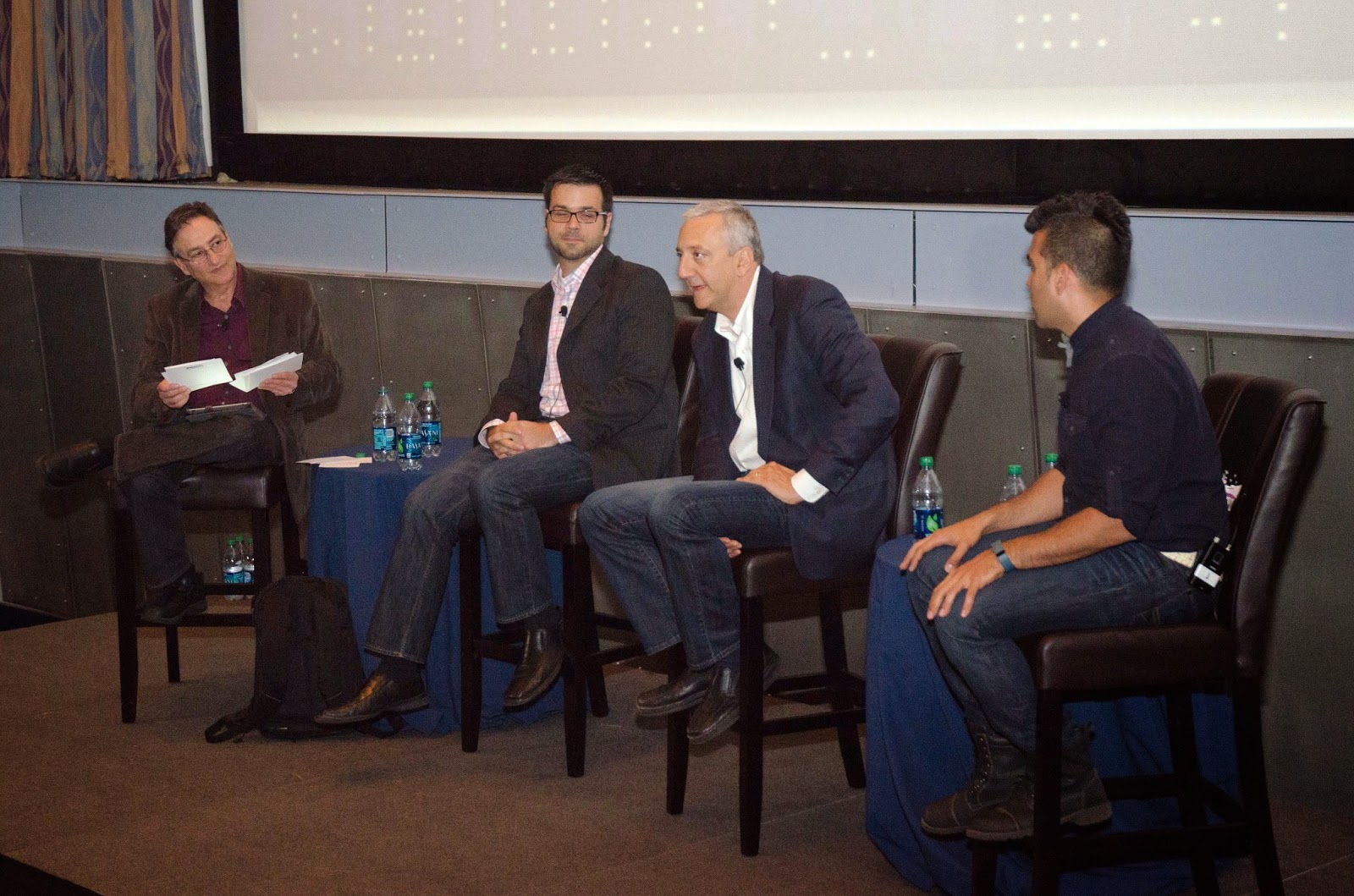 Picture below after the Panel Discussion are moderator Ira Flatow with Bobak Ferdowski, Astronaut Mike Massimino, and Will Pomerantz 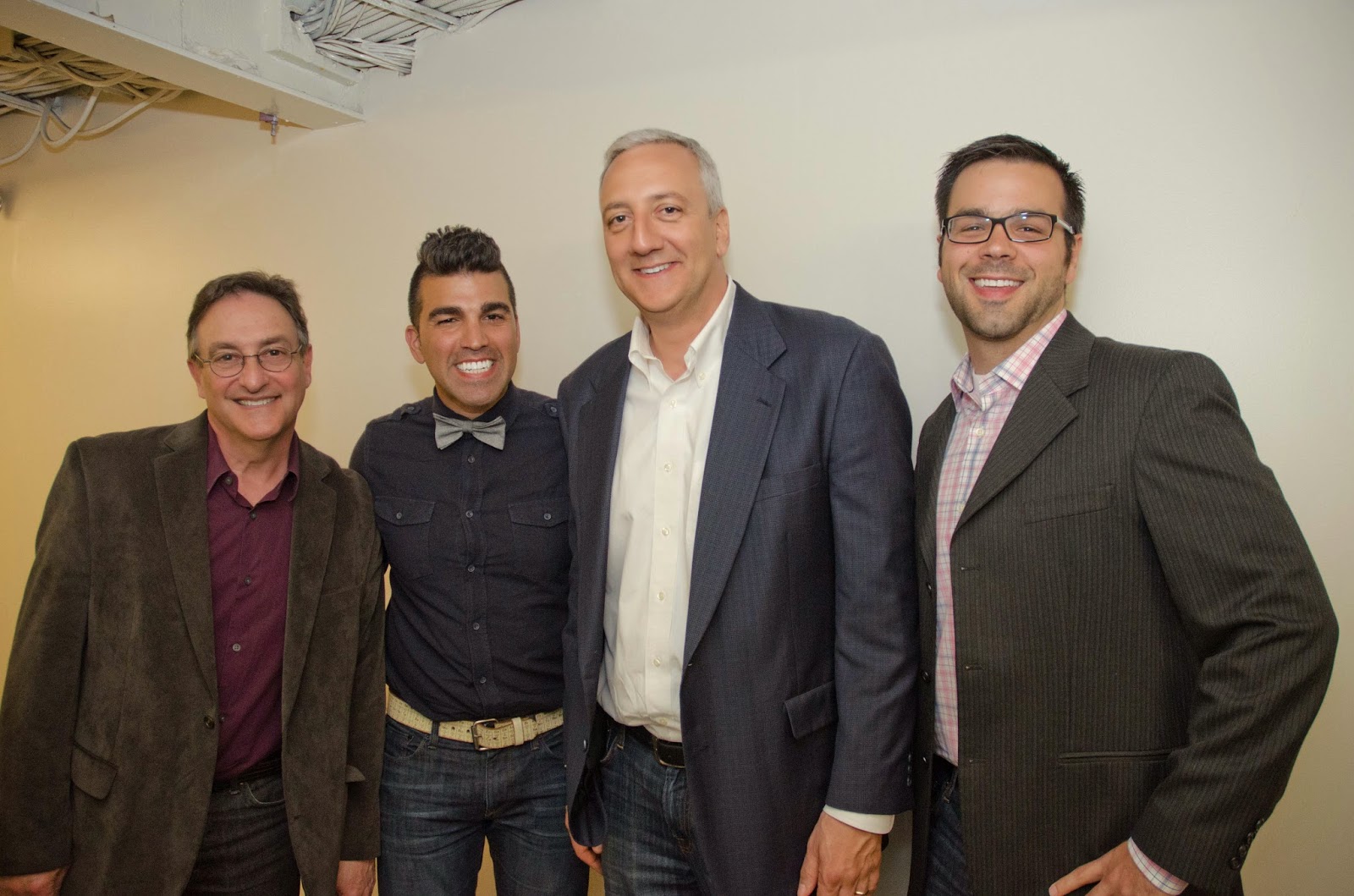 The men on the flight deck in front of a replica Virgin Galactic SpaceShip 2. 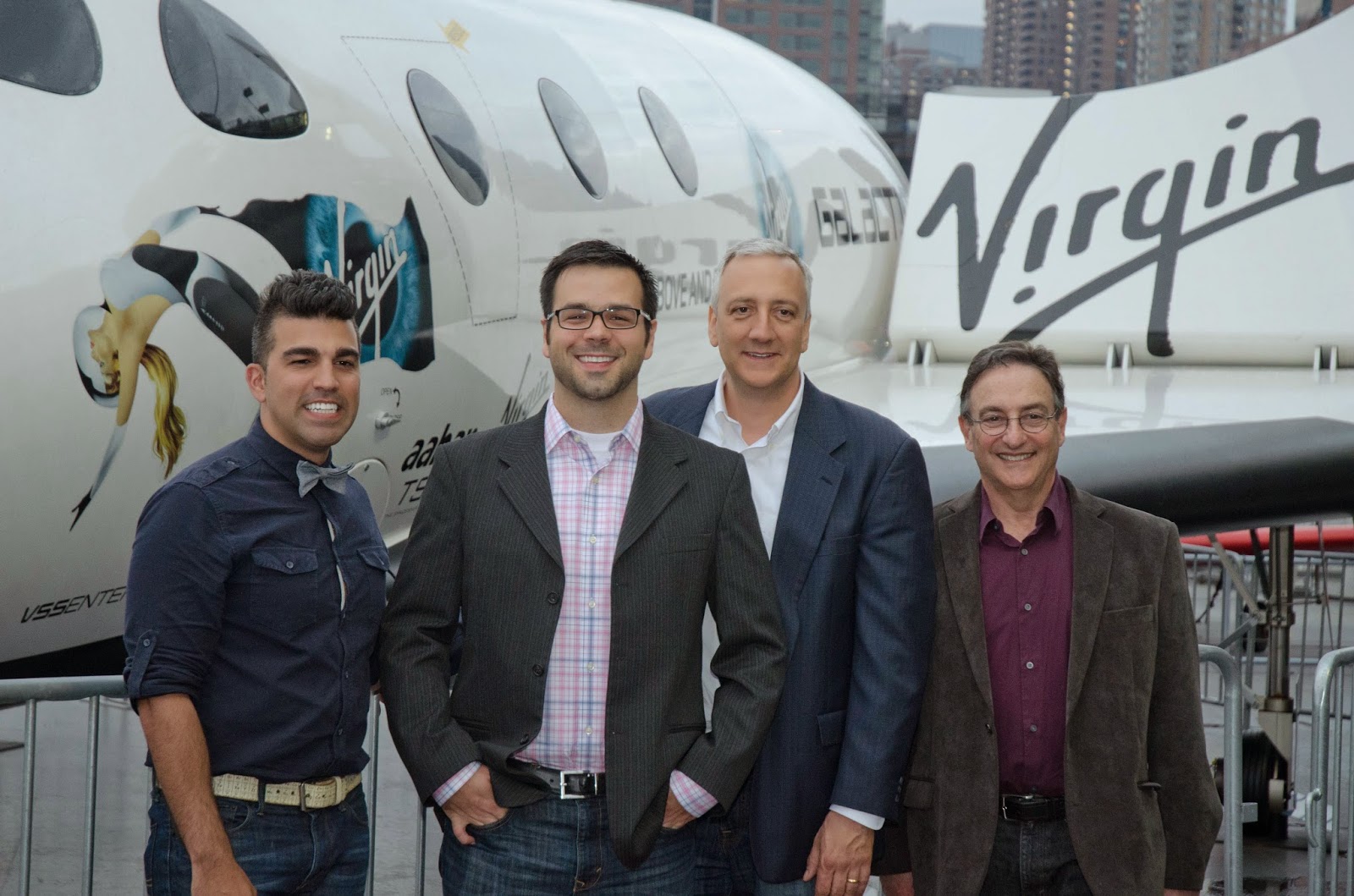 Panelists in front of the Space Shuttle Enterprise.  Astronaut Mike Massimino (second from left) flew aboard the Columbia and Atlantis Shuttles to repair the Hubble Space Telescope.  He has appeared in five episodes of the TV show "Big Bang Theory", playing himself. 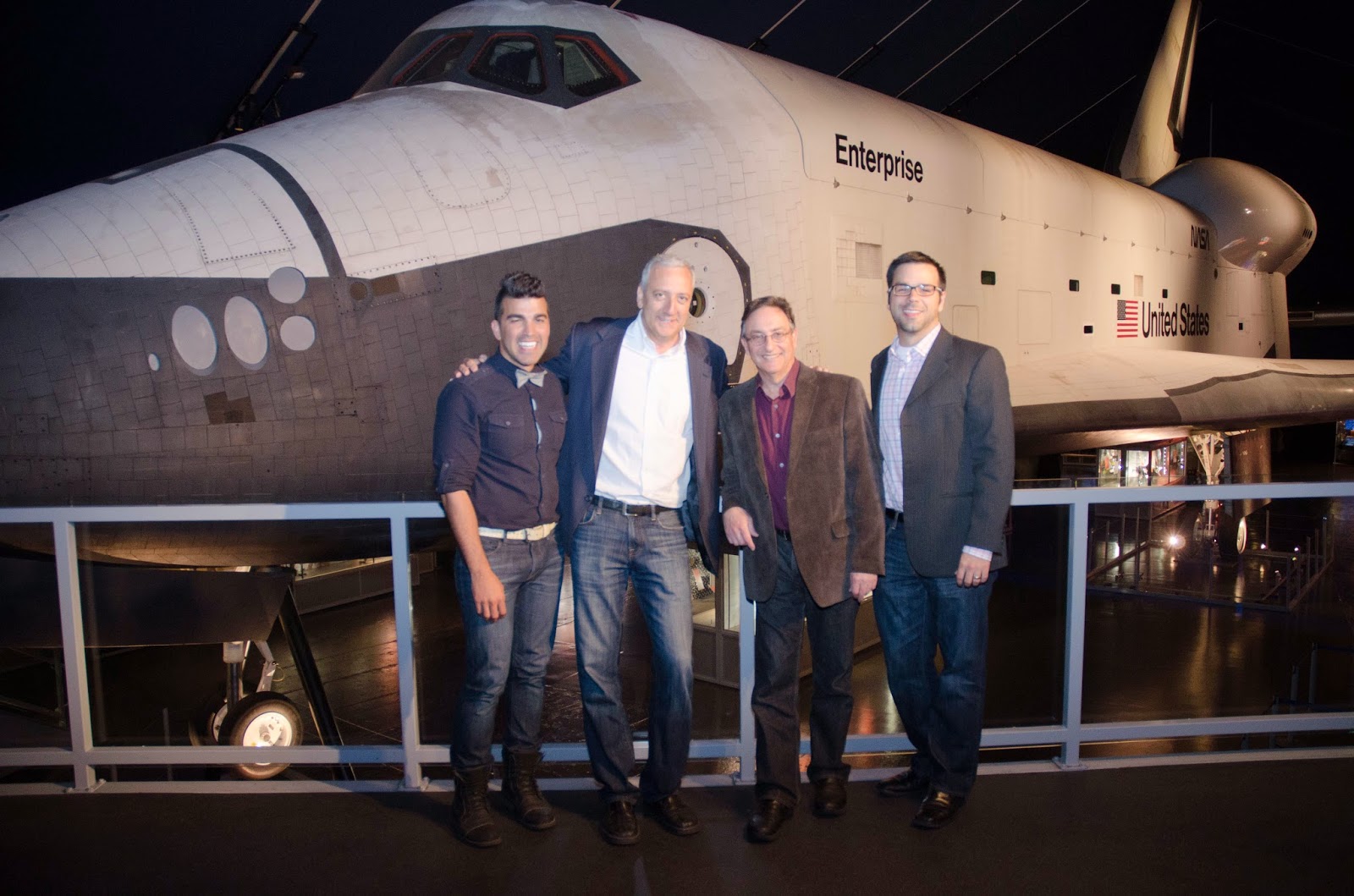 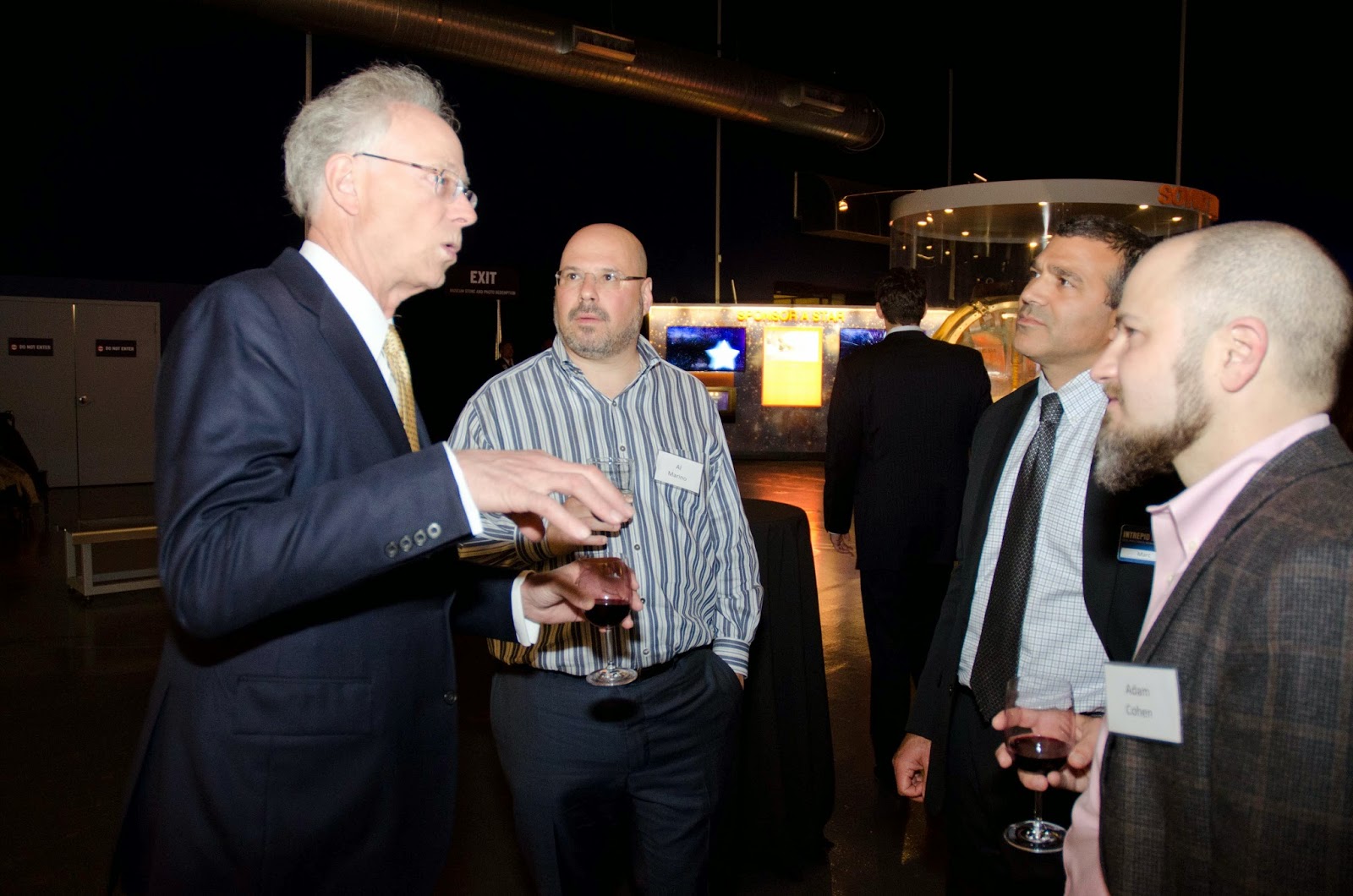 Richard Gariotte (blue shirt), the son of Owen Gariotte, the only father-son team which has flown in space.  He was the sixth space participant.  He also spent time aboard the International Space Station. 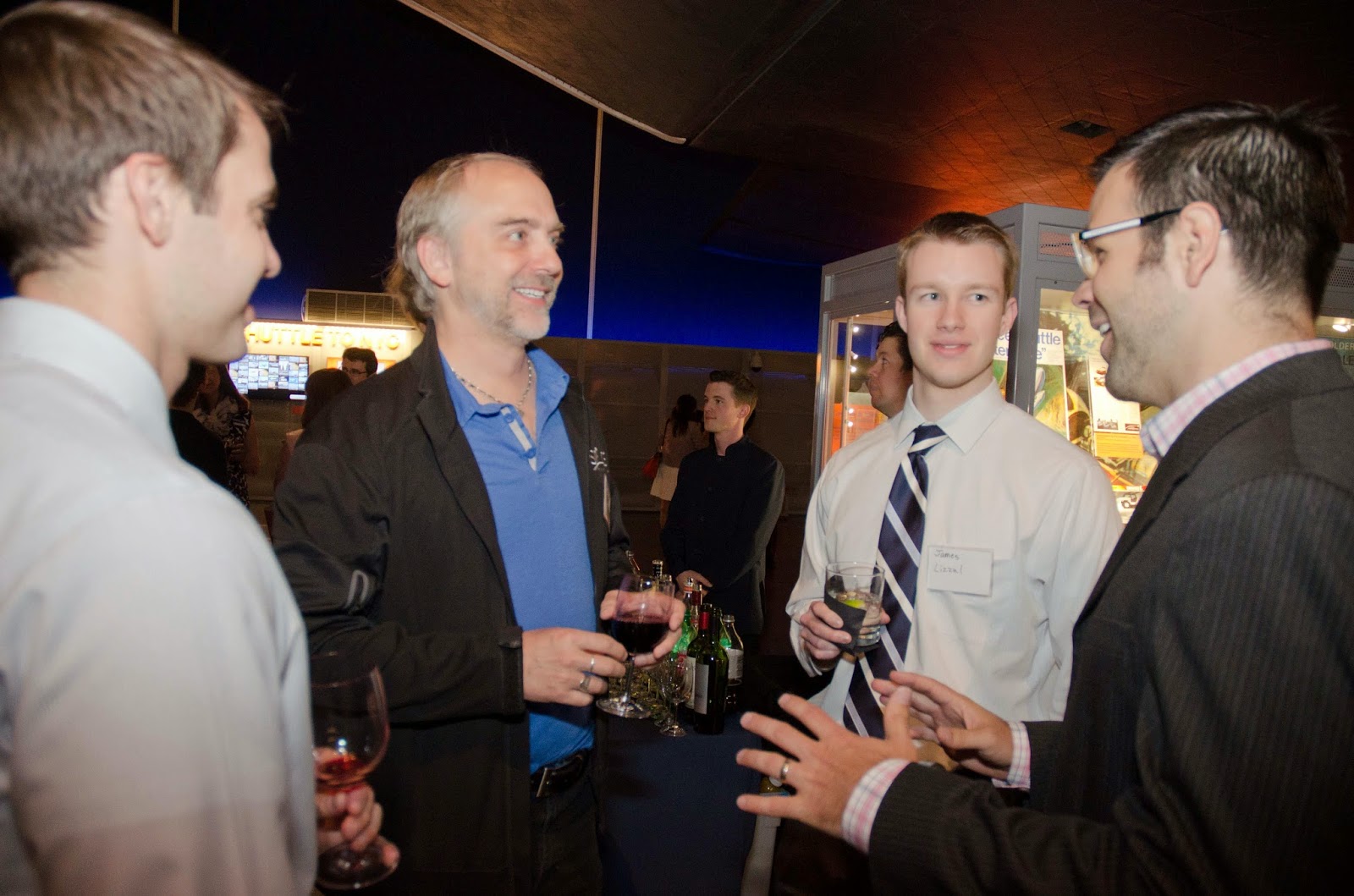